How the Prosocial Design Network determines where interventions go: a flowchart 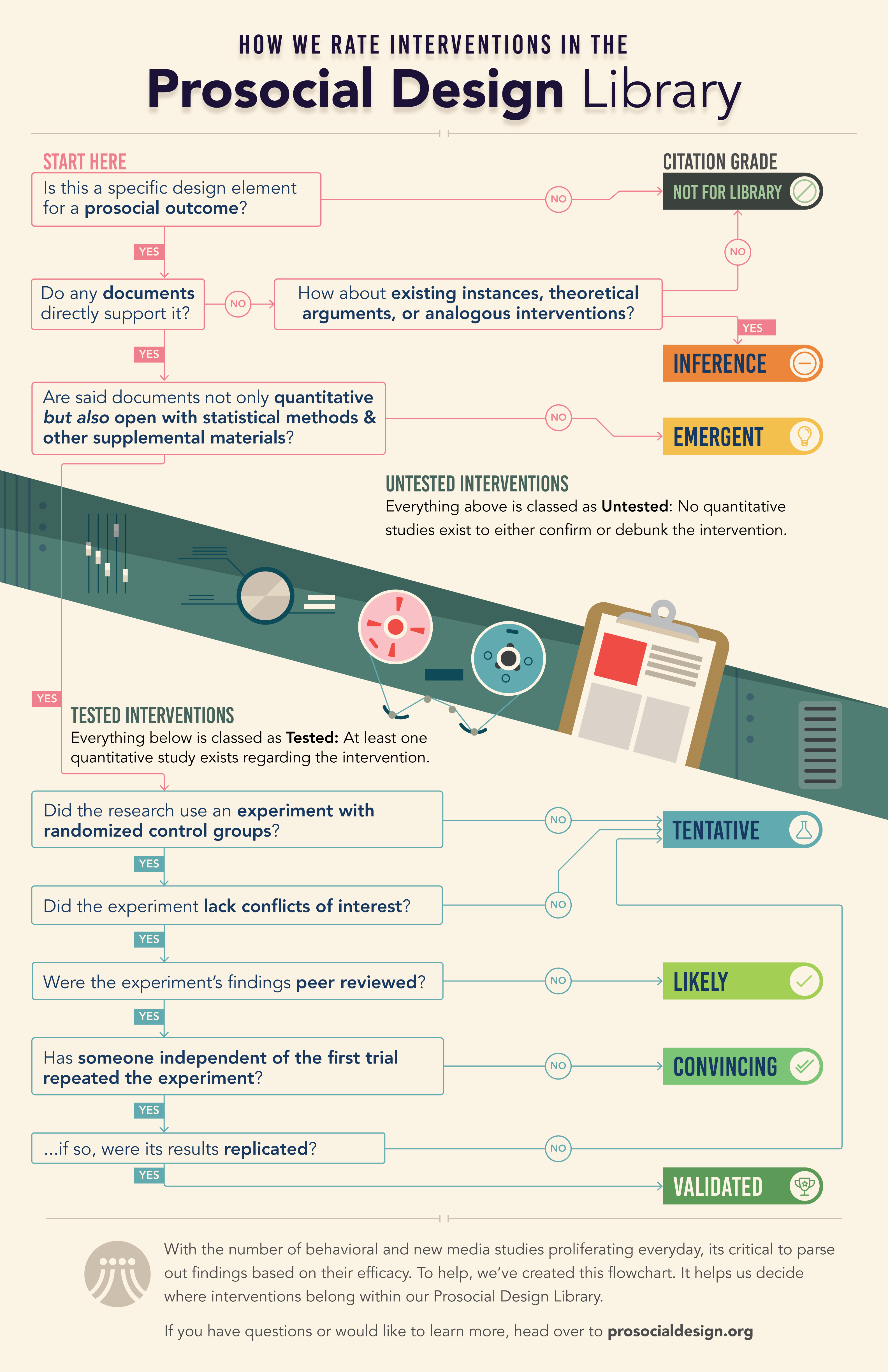 What determines where interventions live in the Prosocial Design Library?

With the number of behavioral and new media studies proliferating everyday, its critical for us to sort findings based on our confidence in them. To help, we've created this flowchart. It helps us decide where interventions belong within our Prosocial Design Library.

How should I use this flowchart?

Let's start at the upper left:

No. We update citation grades according to new and emerging findings.

What occurs if multiple pieces of research conflict about an intervention?

Let's say that a Validated entry is later unable to be replicated, then said entry would—if the new research is found to be well executed—get bumped down to Tentative. If it is later replicated, and we conclude that the new findings are conducted with tighter controls, and with of higher accuracy and precision than the prior research, we would likely restore the intervention to Validated status.

If dozens upon dozens of studies were run on an intervention, with no clear pattern of replicability arising, then we would likely place said intervention as Tentative until further notice.

About the Prosocial Design Network

A donation for as little as $1 helps keep our research open to the public at large.

A conversation with Chris Messina

Co-Founders John Fallot and Joel Putnam quoted in 'The Reboot'