Subtle cues in our environment can profoundly impact our decision making. Why is this the case and are there practical applications?

Imagine for a moment that you’re in charge of arranging food along a high school cafeteria’s buffet line.

One day, you’re taking inventory. You grab a paper spreadsheet, and you begin to mark down which foods the students are scooping onto their plates.

You’re gliding your pen down the numbers next to each item. As you’re doing this, you notice something surprising: the food’s placement along the buffet line correlates exactly with the amount the high school students are taking to eat! The further down the buffet line, the less that students take.

You flip through to the prior weeks: the pattern holds up, regardless of when it was Pizza Friday or Vegetable Medley Tuesday.

This gets you thinking: ‘If we wanted the students to eat healthier,’ you say to yourself, ‘We could put our cauliflower and carrots towards the lines front.’

You pause and analyze the situation a bit more. ‘Although, if we wanted to prioritize our local growers, perhaps we could put the locally sourced spring greens towards the front?’

On the heels of this, however, you reflect on the many, many times that brownies and other—less than ideal—foods were placed towards the line’s front. How many students have failed to meet their fullest potential because of this ignorantly arranged buffet table? You shudder.

‘We can’t just put food in just any order.’ you resolve, ‘There’s simply no neutral way to put out the food. We have got to make a choice on the way this buffet line is ordered.’

Your checklist completed, you make your way back to the cafeteria kitchen.

What we just illustrated is an example of “choice architecture”: an instance in which choices are be presented to consumers, and the impact of that presentation on consumer decision-making. A choice architecture is made up of “nudges”.

Popularized in Richard Thaler and Cass Sunstein’s 2008 book Nudge, nudges describe ways of presenting and framing information to encourage people to act a certain way without changing their choices. In other words, it only changes the context within which those choices are presented. It comes from research suggesting that human decision making is sensitive to the environment in which it happens.

In our aforementioned high school cafeteria, the options were limited, as were the decisions that you, as its designer, needed to make.

However, because people’s decision making is sensitive to details in all settings, digital product designers need to consider and make a dizzying number of design choices to account for them all.

Furthermore, as with the cafeteria, no design choice is neutral. Not only does this create opportunities for companies to offer new experiences, but it also creates a growing responsibility for the designers of online platforms to avoid doing harm. 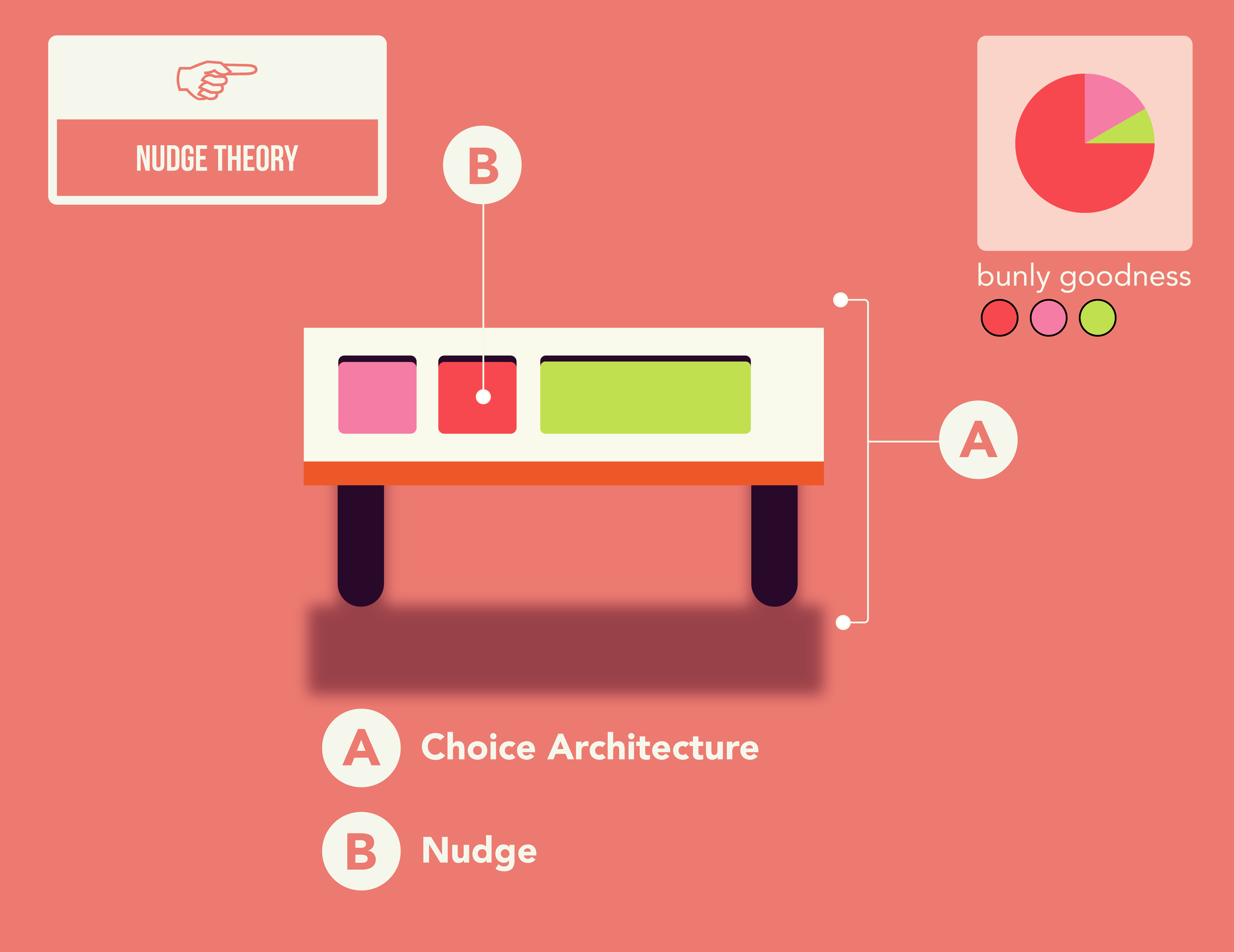 What Are Nudges & Choice Architecture?

Whenever parts of the choice architecture, i.e. cues, are emphasized so as to intentionally steer or influence behavior, that cue is called a nudge. All nudges are cues, but not all cues are nudges.

Boosts are a guided form of nudge. They not only incline a user to behave a certain way, but they also train the user in a given direction by way of prompts, instructions, reminders, or even brief exercises. Therefore—bit by bit—the user becomes more competent in that given activity going forward.

What Is Self Nudging?

Self-nudging is when you yourself change your environment in a way that nudges you to a certain behavior that you want for yourself. An alarm clock would be an elementary self-nudge.

What Are Endogenous and Exogenous Cues?

Endogenous cues are cues that describe the content itself.

An example of endogenous cues would be, for a news article, the subject of the news article, its lead, and the prevailing narrative of the article in-and-of-itself.

That in-and-of-itself-ness, that is the key feature of all endogenous cues.‍

Exogenous cues, on the flip side, are context-dependent cues.

An example of exogenous cues for, say, a news article, would be the article’s setting, its sources, and its funders. Generally speaking, it concerns how the article exists in relation to the world; the lateral reading of the article.

User friction, otherwise known as disfluent nudges, or fricative nudges, are nudges that incline a user to slow down and think things through.

This is done through either reducing the immediate response time, or prompting the user to reflect or pause before carrying out something online that, in most cases, they’d be liable to regret. 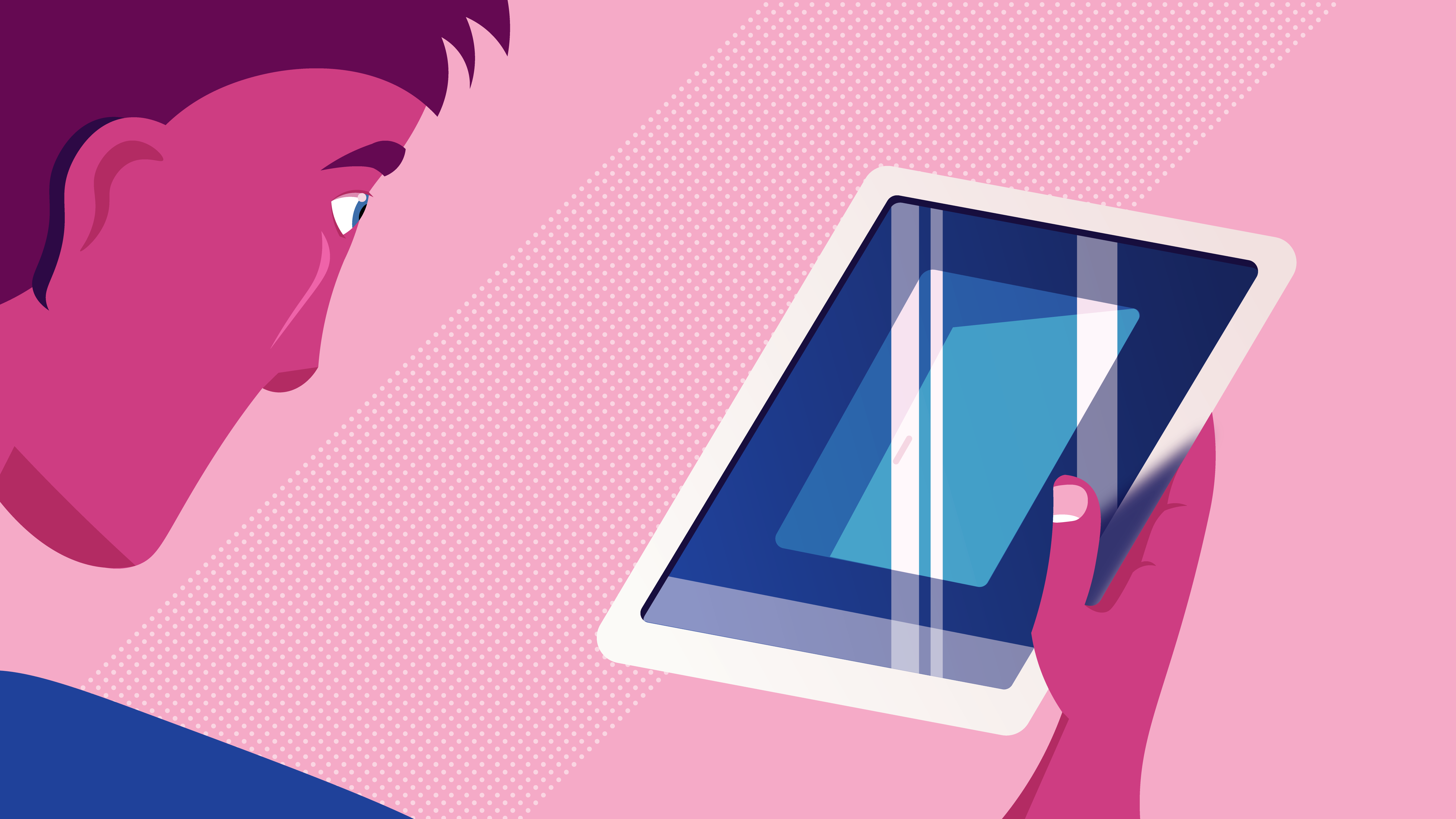 Prior to the 2020 Elections, Twitter rolled out a feature in order to stop users from sharing news articles without reading them, which was causing false information to proliferate.

In Twitter’s design intervention, users were encouraged to read an article before they retweeted it, thereby slowing down the interaction. So far, Twitter reports that this design change has increased the actual clicking—and, ostensibly, reading—of links before they are retweeted, by 40%.

User friction could be a promising class of nudge-style interventions that help preempt the spread of hoaxes and disinformation, which can not only foment invective across users but can undermine public health and national security initiatives as we’ve seen with both COVID-19 denialism and militant conspiracy theories.

But how long do these changes last? Do they go away after a few days leading to other messages to take their place? New research suggests that said changes in choice architecture could instill long-lasting competences.

In a huge, bi-national study, researchers from the MIT Media Lab showed Facebook users from both the United States and India ten easy tips to check the accuracy of news stories. These tips included messages like “Be skeptical of headlines.” and “Some stories are intentionally false.”

How did the intervention stand up? Surprisingly well! Those presented with the ten tips were 27% more likely to tell the difference between true and false headlines. And when the researchers followed up several weeks later, they were still able to discern true from false headlines, thereby fostering media literacy in the long run.

These nudges towards truth and kindness represent just some of the changes that we, at the Prosocial Design Network, hope to champion.

Knowing that the subtlest design changes can influence human behavior, we believe that—through better design—we could change the Internet to be a better place.